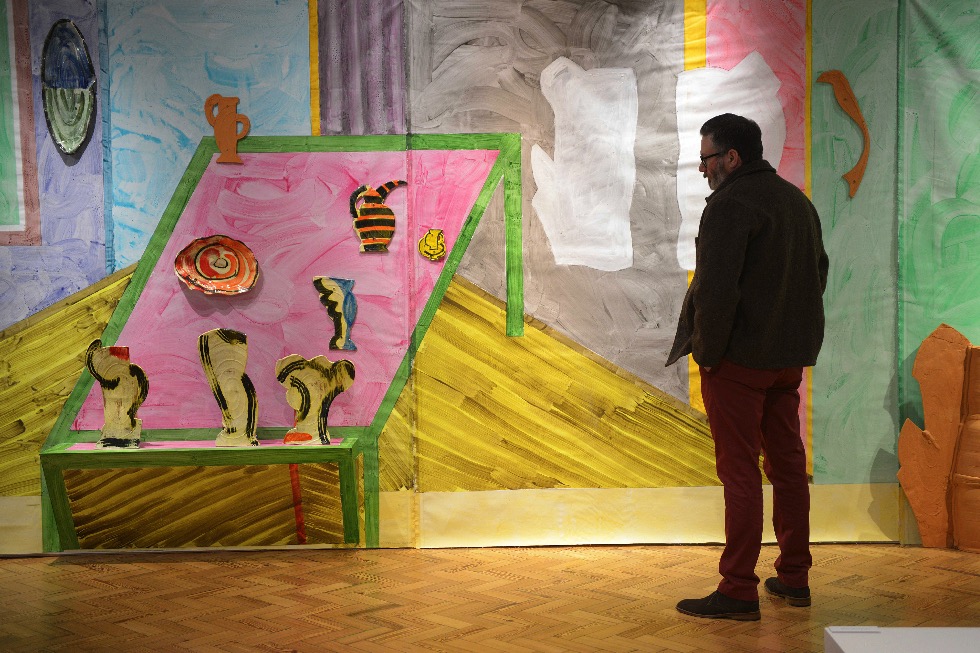 I reviewed Betty Woodman: Ceramics with Painting of the Modern Age for The Double Negative.

Jack Welsh pays tribute to a trailblazing female artist who liberated paint from the canvas and challenged the 3D, traditional use of clay…

Surprisingly, an octogenarian ceramicist produced one of the most dynamic new commissions of the 2016 Liverpool Biennial. Set (to this day) at the base of George’s Dock Ventilation Tower, Liverpool Fountain (2016) beautifully embodied the sheer ambition and verve of Betty Woodman’s oeuvre. As a working bronze fountain, comprising of crafted totemic fragments and copper piping, it fused a myriad of references – drawing inspiration from the Egyptian influence on Liverpool’s neo-classical architecture – into a visceral installation. Like many of Woodman’s works, it blurs the boundaries between the aesthetic and functional.

2018 dawned with sad news of Woodman’s passing on 2 January. Despite reaching the ripe age of 87, many felt a keen sense of loss for an artist who, remarkably, had creatively thrived during her last decade. She became the first living women to be awarded a retrospective at Metropolitan Museum in New York in 2006. Woodman didn’t decline as she aged; she roared forwards.

You can read the full text at: www.thedoublenegative.co.uk/2018/01/a-fitting-tribute-to-a-truly-original-artist-betty-woodmans-posthumous-ceramics-with-painting-of-the-modern-age/