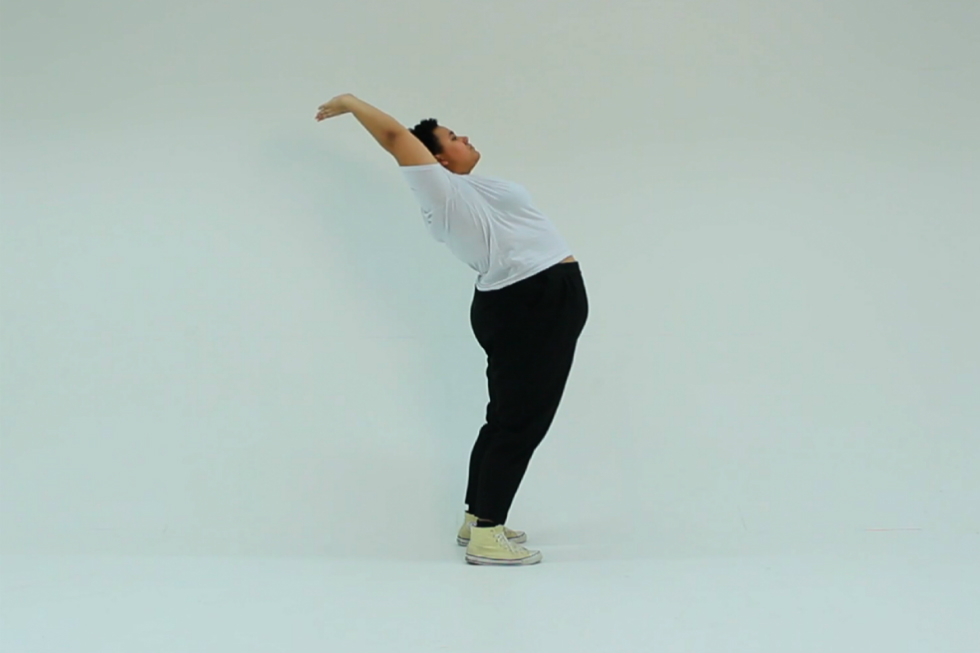 Demonstrating excellent artistic potential in the face of a bunch of UK-wide cuts and eye-watering tuition fees… For our outstanding Class of 2018, Jack Welsh asks tutors across Cheshire, Cumbria, Greater Manchester, Lancashire and Merseyside to each nominate one, stand-out student…

It is a difficult time for arts education in the UK. Arts subjects have been systematically excluded from the English Baccalaureate curriculum. This has already had a damaging impact. Last year the number of 15 and 16 year-olds studying arts subjects dipped to its lowest level for a decade.

If Conservative plans to force universities to charge less for courses based on costs and potential graduate earnings are pushed through, expensive-to-run Fine Art courses will be in the firing line. Some courses could close. Barriers for young people wishing to study arts subjects continue to mount. The marginalisation and continuing attack on wider arts education suggests to young people that studying a creative subject isn’t worth it. How spectacularly wrong this is.

The creative industries contribute a whopping £92 billion to the UK economy each year. Within this ecology, art schools are vital institutions that develop new generations of artists and creatives every year. They encourage original and critical thinking; risk-taking; new ways of feeling; of growing. Creating work in a studio alongside your peers is a defining educational experience – one that engrains students with a unique range of skills and attributes. In the face of a climate that seemingly values worth in purely economic terms, the art school is a bastion of independence.

And in that spirit, this feature celebrates the art school and its students; hundreds of graduates across the region at the beginning of something exciting. I have asked tutors from 10 North-West Fine Art and Visual Art courses to each nominate one student who has demonstrated excellent artistic potential. You can see their work, alongside their peers, at degree shows across the region over the next four weeks.

Each institution/student is presented in chronological order, from degree show exhibitions that have already opened to forthcoming previews. So enjoy! And to all soon-to-be-graduates out there, the best of luck and congratulations on your achievements. 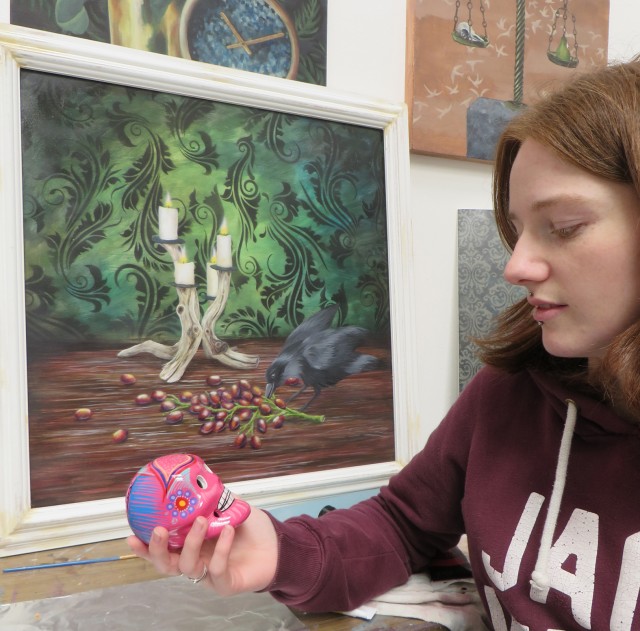 Siobhan Cardus’ work explores the ambiguity of representational painting. Using the visual language of Vanitas and genre painting, she creates images that seem fairly straightforward. However, as we look into the paintings we begin to see unsettling incongruities. The paintings themselves seem very reminiscent of 16thand 17th century still life, however, odd objects with uncertain associations disrupt any firm or certain meanings. Cardus says the paintings allow the viewer to “be in a world but not native to it”. 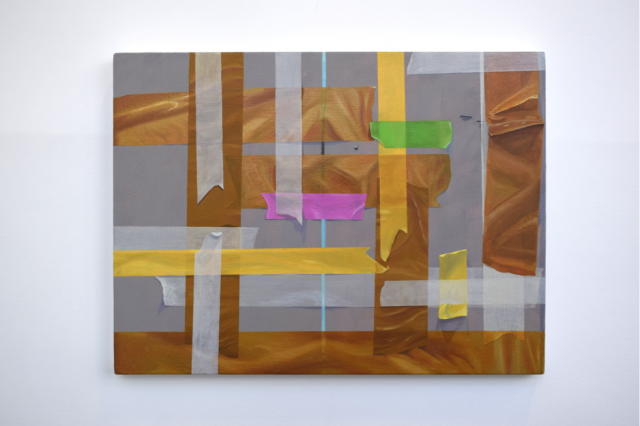 Sarah Gilman’s practice examines the relation of trompe l’oeil within one of the principal gestures within art: still life painting. Directly influenced by still life painters such as Cornelius Gijsbrechts and Samuel van Hoogstraten, Gilman situates her work within contemporary discourse by focusing on the representation of overlooked objects encountered in her daily routine. Although Gilman’s paintings contain figurative elements, they aim to draw attention to the painting as object, to the physicality of the paint itself, and to the tension between figuration and abstraction. 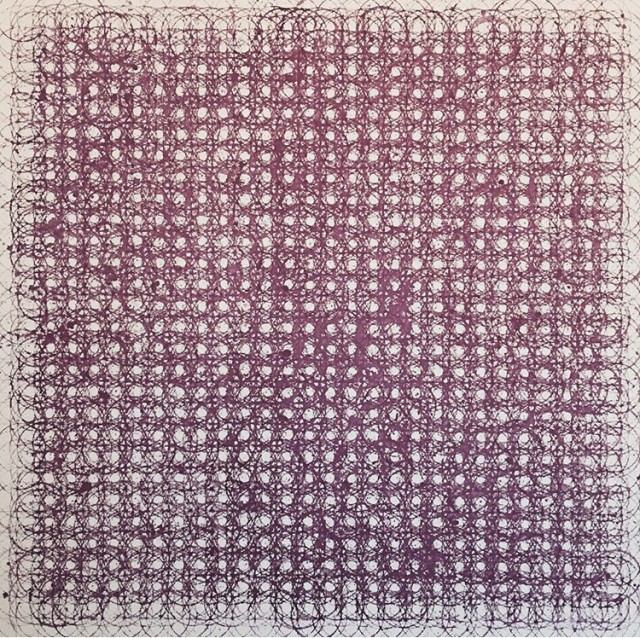 Stephanie Carr has been nominated for an affecting body of work concerned with repetition, order and disorder associated with alcoholism. Carr draws on her difficult experience of living with a parent as an adolescent who was depressed and addicted, where she witnessed the negative mental, physical and social impact of alcoholism. Often using glasses, alcohol and other evocative materials, Carr seeks to elicit a response or memory in the viewer. 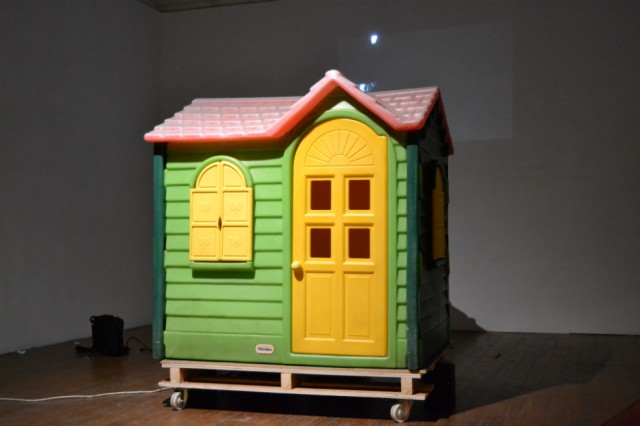 Explaining his nomination, Rory Macbeth writes: “Jon Edgley runs Gwendolyn Gallery as a curator and an artist; the gallery is a plastic Wendy House on wheels. Gwendolyn has hosted 12 exhibitions this year – including on the street, in university, and in galleries – and found herself featured in the 2016 Liverpool Biennial. She is now hosting two residencies, one a research residency and the other an artist residency. Gwendolyn has been a hub of activity across the years of the BA, and is typical of Jon’s wider practice that has included the collaborative Zuhause space run for a year in Gostins Arcade, and other curated and collaborative shows. He has recently exhibited in group exhibition There’s No Such Thing As Boredom at Paradise Works. In line with his inclusivity, this nomination is also for the other students who have involved themselves in making all of Jon’s innovations so rich and exciting.” 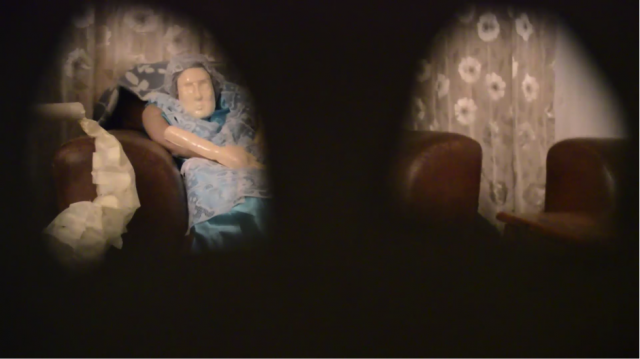 University of Cumbria: Leanne Wind-Cowie (above)

Leanne Wind-Cowie analyses human behaviour, underpinned by an interest in the absurd, to explore the contradictions of contemporary society. By experimenting with ‘making strange’ and the de-familiarisation of the domestic, Wind-Cowie’s work destabilises received wisdoms. She observes how phenomena relate to the spectator while also challenging reality and estrangement within the white cube gallery space. The screen is used as a window into a realm where human/object relationships and perspectives meet with an anti-social simulated reality, bringing into question the authenticity of truth.

See the University of Cumbria Art & Design Degree Show at the Institute of the Arts, Brampton Road Campus, Carlisle

Sade Mica’s work explores race, gender and sexuality. Their work (Mica rejects gendered pronouns) straddles a range of media – printmaking, fibre/textiles, sculpture, text, film/video and performance – and they excel in all areas. Mica’s recent work explores dance and performance and explores the body through gesture, posture and movement, and includes an elaborate and sophisticated examination of the poses adopted in the life class.

Mica has exhibited as part of the Women’s Equality Party Inaugural Congress exhibition, Manchester, Hot Bed Press 20:20 Print Exchange (a national and international touring show at various venues in the UK and Hong Kong), the Hepworth Print Fair, Wakefield, and an exhibition of new work in the New Adelphi Building at the University of Salford. 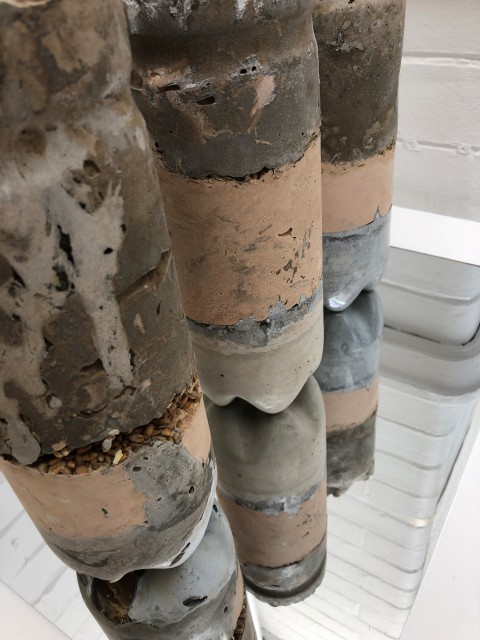 Zoey Devaney’s work considers our relationship with nature and the urban environment. Using traditional sculptural materials, Devaney addresses a range of socio-economic and environmental concerns resulting from industrial urban development and pollution. Her interdisciplinary practice engages with site and place. It evokes a dialogue regarding our relationship with landscape through the repurposing of building detritus and plastic, presenting an archive of waste that becomes a paradox of existence. 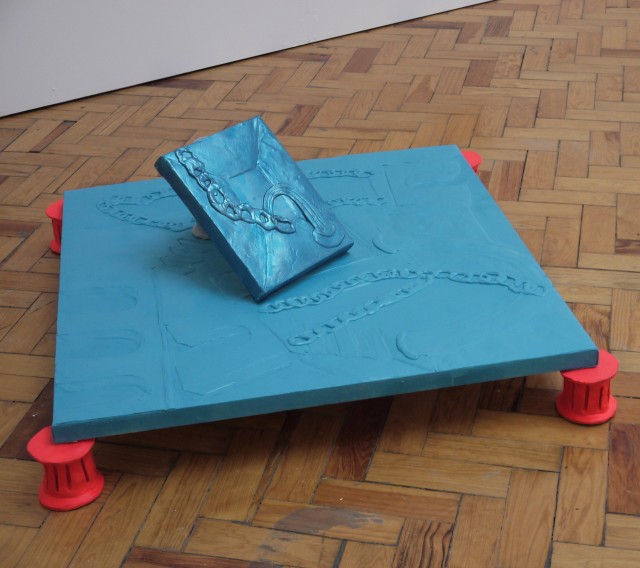 By producing paintings that manifest from a societal obsession with objects and materials, Annabel Holland plays with the idea of reflecting on issues of warped perception and disillusionment. Holland uses a haptic approach to material and colour application, in the hope of imitating a childish attitude towards the commodification and fetishisation of our material possessions. This candid process produces work that attempts to emphasise the sensation of being out of touch with the world, whilst blurring the lines between the mundane and the absurd. 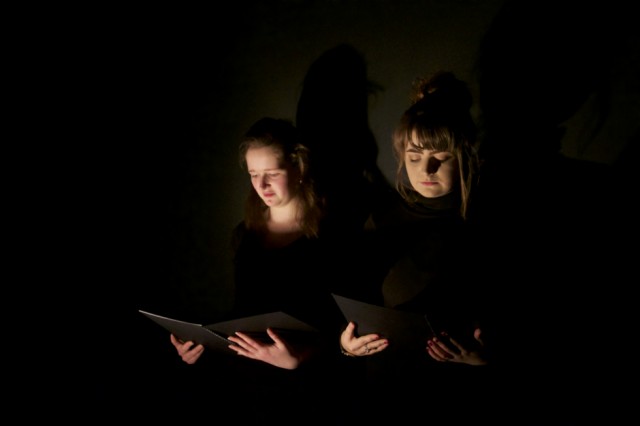 University of Lancaster: Nuala Moore (above)

Nuala Moore’s most recent work retells the life stories of her own father and the Hollywood starlet Drew Barrymore by re-writing, combining and performing found texts. Through this hybrid practice, she finds a moving energy in the parallels and divergences of her protagonist’s lives. Moore’s intention is to draw attention to the unfinished and unresolved, leaving her audience in an uncanny zone between intrigue and insight.

Tutor at Lancaster University Nathan Jones says: ”Using well thought-out methods, including song, reading and book design, Nuala has developed a nuanced and astute approach to her materials. The work is currently very intimate, demanding we pay attention to its autobiographical components, but there is an emotional sensitivity and intelligence at its core which suggests there is a wider potential. This is a distinctive research-based practice which finds fascinating possibilities in narrative and language.” 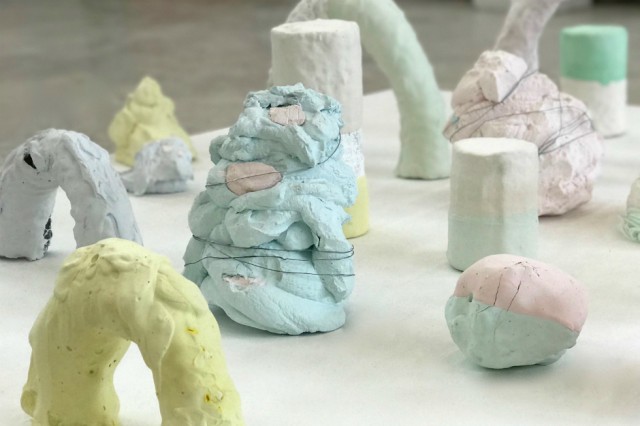 University of Chester: Lydia Jennings (above)

Through the application of tinted plaster, Lydia Jennings employs a playful and painterly sculptural technique that juxtaposes a feeling of softness and comfort with a rigid solidity. The relationship between materiality and form lies at the heart of the work.

Jennings’ saccharine, tactile sculptures sit between the recognisable and the vaguely peculiar; they make no attempt to reference reality, but instead, seek to trick our visual and tactile senses – and even our taste buds. Not arranged in any preconfigured order, these obdurate abstract forms suggest multiple readings; they appear chaotic, but are also materially harmonious. 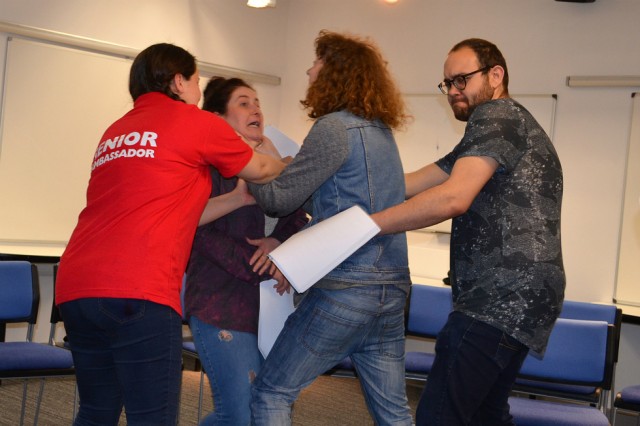 Time, as we know, it is the standardised system through which we all experience the truth of existence. Time by nature is irreparably transitory and fleeting – and yet as a species we spend much of our personal and professional lives trying to capture and manipulate time as we live it; through diaries, books, archives, film and television. Iona McKinnell’s work began as she started to investigate this very impulse in myself, and then further, in others.

Any script written is inherently reflective of the time of its creation, and when performed, is experienced by audiences who live its past reality while continuing to reside in the present. Taking classic plays as a starting point, McKinnell analyses the representation of “now-ness” present in the writing, and seeks to thread strands of her immediate reactive experience into the piece – through annotation, editing, re-writing, and ultimately, devised performance. The works become capsules of investigation, contributing another layer to the duration of each play’s existence.