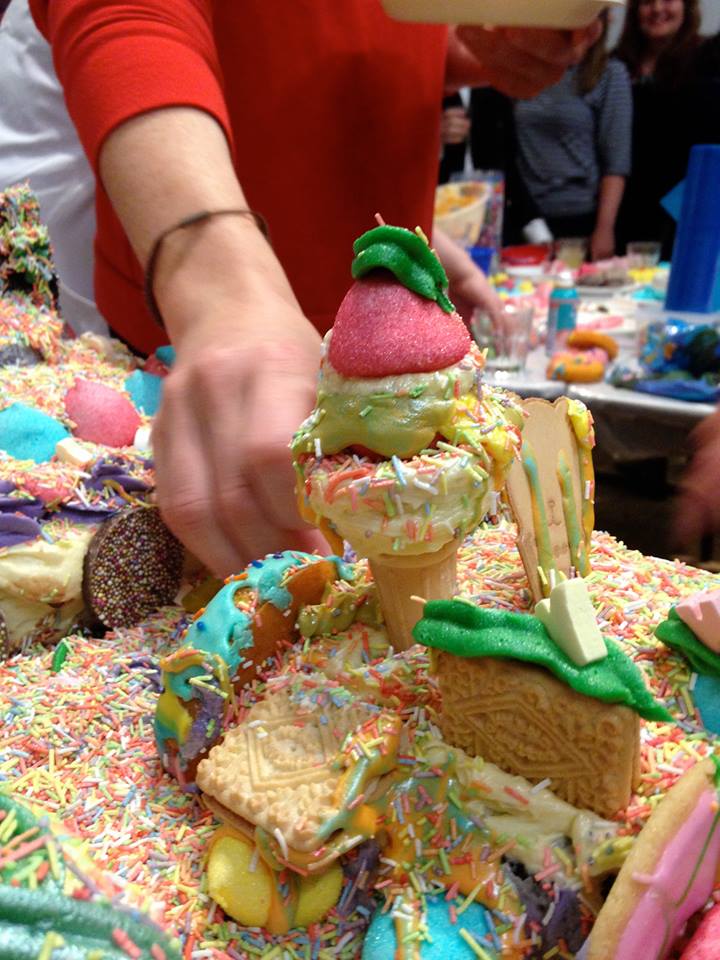 You Would Cry Too If It Happened to You: Bob and Roberta Smith’s Art Party

When Bob and Roberta Smith wrote his public letter of protest against the marginalisation of arts education from the curriculum to then education secretary Michael Gove, he was voicing the worries of the entire creative community in the UK. “It was actually a very spur of the moment thing,” says Smith. “It was the day that Amy Winehouse died and that lunatic had just shot all those young people in Europe… so those issues of youth and creativity dying out were at the surface.”

Gove’s intention was to scrap some GCSEs, replacing them with a new system of EBacc (English Baccalaureate Certificates), which would redefine schools’ core subjects: English, Maths, Science, Foreign Languages, History and Geography. This meant that subjects such as Art (along with Design & Technology, Drama and Music) wouldn’t count towards the EBacc, and the subjects would be increasingly pushed out of secondary school education.

This was a pretty crazy thing for the government to propose but if you’re not sure why, let’s for a moment talk figures: in January of this year, the DCMS (Department of Culture, Media and Sports) published statistics stating a 10% growth in the Creative Industries, outperforming every other industry in the UK. This sector also accounted for 1.68 million jobs (5.6% of all UK jobs), generated £8 million an hour and made up 5.2 % of the total UK economy.

Gove was forced to back-track somewhat on his EBacc plans last year after warnings it would not survive a change of government, but damage has been done and repercussions are already being felt. In 2013 there was a 14% fall in the number of children taking Art and similar trends have been reported in Music, Drama and Design. Some schools opted to scrap creative subjects completely. Furthermore, says Smith, although the plan was abandoned and Gove is now reshuffled, replaced with Nicky Morgan, “the concept of the EBacc hasn’t changed. The core subjects that make up the reconstituted GCSEs haven’t been changed. Morgan is just overseeing the process and hasn’t publicly come out to speak in support of the arts. EBacc or GCSEs… it’s really just semantics.”

Smith’s Letter to Michael Gove and subsequent articles for the UK press resulted in the organisation of 2013’s Art Party Conference at Scarborough Spa, which brought together artists, teachers, performers and musicians for a day of agitprop action. This has been developed into a film that’s part road movie, part documentary, part political fantasy. Directed collaboratively by Smith and Tim Newton, Art Party was released across the UK on the day of the GCSE results – Thursday 21 August. Galleries, arts organisations and cinemas across the UK organised Art Party afterparties and we invited 12 critics, students, writers and artists from each of these towns and cities to respond to Smith’s Art Party, each attending an event simultaneously. The complete set of reports, published below, add another layer of critical collective action to the noisy and necessary bandwagon. (You can also find a review of the film itself from director and critic Ian Mantgani here.)

Art Party the film is by no means the end for Bob and Roberta Smith. Now it has been released across the UK, the artist is setting his sights on the run up to 2015’s general election. “We’re going to ask organisations across the UK to host Cultural Question Times,” he says, “asking museums, galleries and libraries to gather parliamentary candidates from all the parties and bring them together to quiz them on their local and national cultural commitment.”

Art Party has the potential to go way beyond educational policy, becoming a vehicle for wider issues of how makers, producers, commentators and consumers of culture can participate in an active conversations with politics. “It’s now about how we go further,” says Smith. “We cannot stand still… the world does not stand still.”

Reports from the Art Parties

Sugar. So much sugar. After a well-attended screening of Art Party, the third floor of Cornerhouse transformed into a bustling party venue dominated by Squirtapalooza: a monstrous cake installation constructed by Manchester bakery Home Sweet Home. Backed by a bouncing ‘gay disco’ soundtrack, Manchester’s Art Party afterparty slapped it on thick.

Flanked by tables of endless saccharin goods – giant party rings, ‘millions’, tongue painting lollipops and gloopy icing sugar – the party featured inclusive activities such as hitting a picture of the reshuffled Gove with cake (highly satisfying) and face painting with icing sugar. Dirty Protest was an invitation for people to use a white cube as a mass canvas for fluorescent paints. The room was packed all night. Picking up a white plastic paint palette to get started, I had flashbacks to my own GCSE art class – particularly poignant given the context.

Amid all this mischievous, spontaneous creativity and outrageous fun hung a more serious question: was there any substance here? I’d suggest that the answer lay in the conversations I had over the course of the evening with artists, marketing officers, staff from the main Manchester universities and a pastry chef, among others. What linked them was an early personal connection with creativity that underpinned their strong belief in the significant message driving Art Party.

These boisterous gatherings are successful because they physically bring people together and that is where Art Party’s strength lies: in mobilising a critical mass to support and defend the crucial role of creative education. What exemplifies this better than a room of adults wearing boiler-suits furiously painting, Pet Shop Boys playing in the background?

Jack Welsh is an artist, producer and researcher based in Manchester and Liverpool.

This was first printed in The Skinny, 3 September 2014. You can read the full article here.