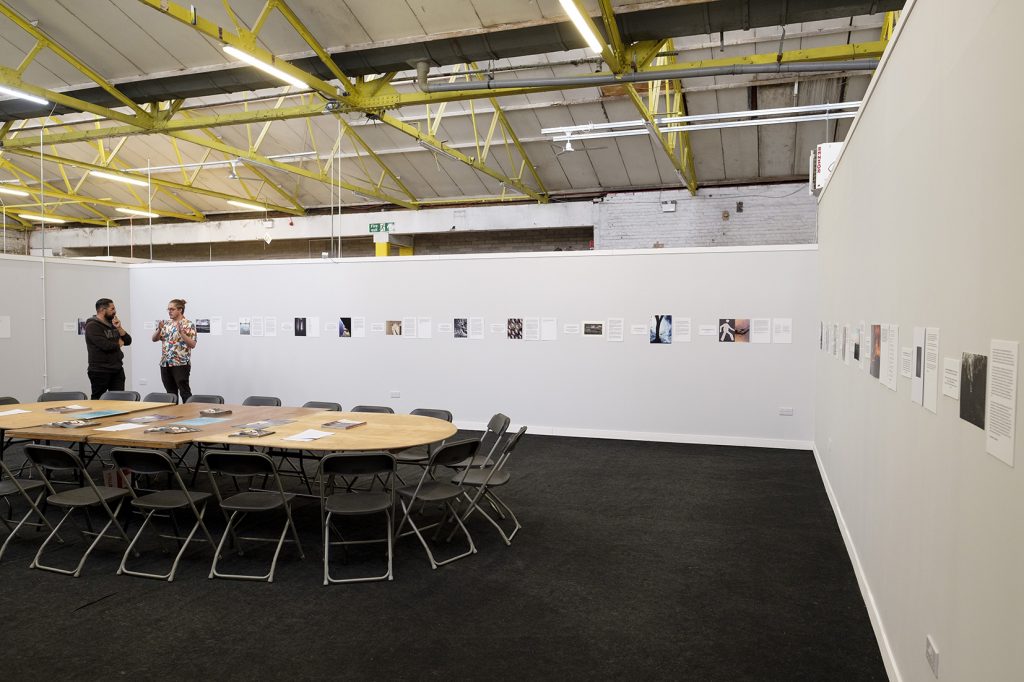 Within the flows and rituals of everyday life, we often take such fragments for granted. These banal encounters may normally not warrant a second look, but, when woven together, they constitute the rich fabric of life. Each contributor to Shadow and Light has willingly interrupted these flows and reflected on their own lives to create deeply personal responses in honour of a stranger they never met.

The catalyst for the project is the list of 324 Iraqi academics and educators murdered during the US-led occupation between 2003-2013. What strikes you is the banal functionality of this document. It compiles the grim – and often minimal – strands of information recorded about these horrific executions. The names of several of the dead are unknown. It is worth remembering that this list was complied before the era of smart phones and citizen reporting; and in a country where infrastructure was all but obliterated.

All contributors share the struggle in how to memorialise a life from a factual nugget about their death. This, frankly, is a near impossible task. Contributors pose questions in order to comprehend: Who were you? Who did you love and who loved you? What was your life like? This questioning, often accompanied by research, or driven by emotive reaction, has shaped deeply personal contributions that are affecting when read together. By providing a glimpse into their own lives, participants are trying to comprehend the sheer scale of loss: imagine living your entire life in fear of death but staying steadfast to your belief in the power of free education for all? What bravery. The awful details of their deaths may be displayed but each contribution celebrates one of these lives and rallies against the injustice of this list.

Both Shadow and Light and Al-Mutanabbi Street Starts Here are projects of hope and solidarity above all else. Many of the participants now feel a kinship with the fallen academic they have chosen to honour. Their memory is now a part of their lives: the distance from Iraq is less than we imagine.

As project founder Beau Beausoleil emphasises, Shadow and Light is not a visual art exhibition but, instead, a creative project in the service of ideas. This exhibition should be read in this spirit, and as one facet of a wider, continuing creative response. The majority of contributors do not identity as visual artists. Once this exhibition closes, the project will continue to grow and more people across the world will take up the task until each name has been fully honoured.

We are not only delighted to host Shadow and Light, we are honoured that Beau granted us permission to use the title of the project as the theme of this year’s festival. With special thanks to Beau Beausoleil, Andrea Hassiba and Anahid Kassabian, and gratitude to Anne Thwaite, all the contributors to the project so far, and Northern Lights and Baltic Creative for hosting the exhibition.