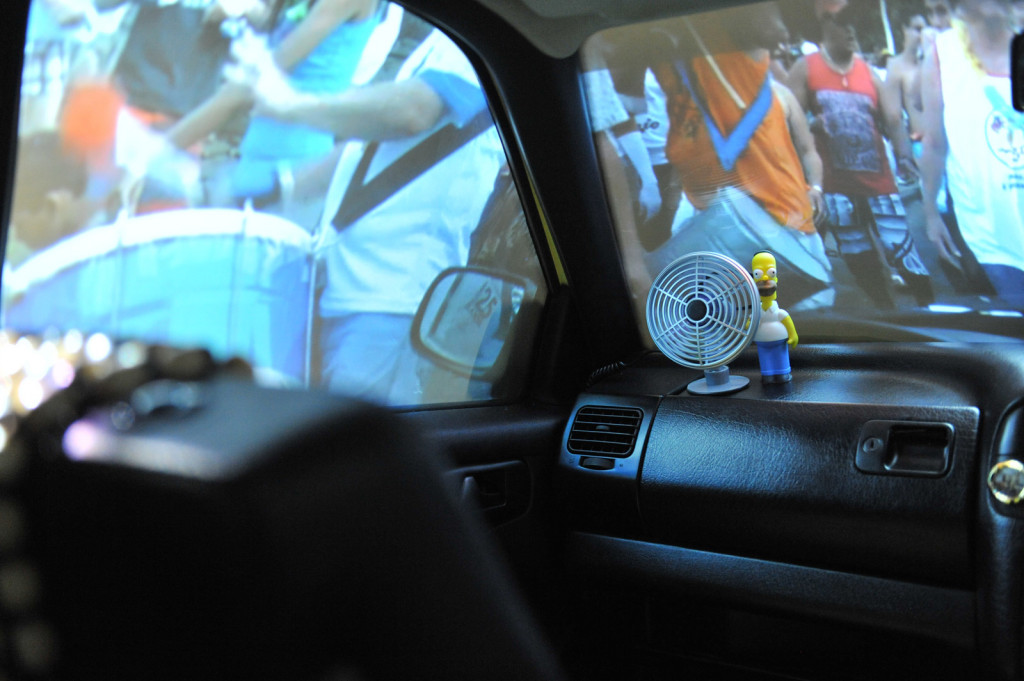 The Humble Market: Trade Secrets at FACT is a production that fuses performance, theatre and media art as orchestrated by UK/Brazilian theatre network Zecora Ura, along with artists Jorge Lopes Ramos, Alastair Eilbeck, James Bailey and Persis Jade Maravala. Constructed as a challenge to the consumerist market and inspired by the rise of Brazil as an economic power, it is an intriguing proposition. Viewers are led in small groups through a choreographed series of set pieces situated within immersive environments. These experiential and participatory works directly seek to engage with the viewer, or now participant, through sets of provoking questions that demand a response.

Often nonsensical questions are posed and the unstable delivery from the automated voices reveals sinister undertones that allude to the power of the institutional hierarchy in the marketplace. The Humble Market is at its best with Philosophy Hill (2012), an exercise in immersive existentialism (complemented by goggles and headsets). The work was illuminated by the debate generated between the participants as a result of the questions posed about morality. This was a flash of real dialogue within another controlled system, that of the work itself. 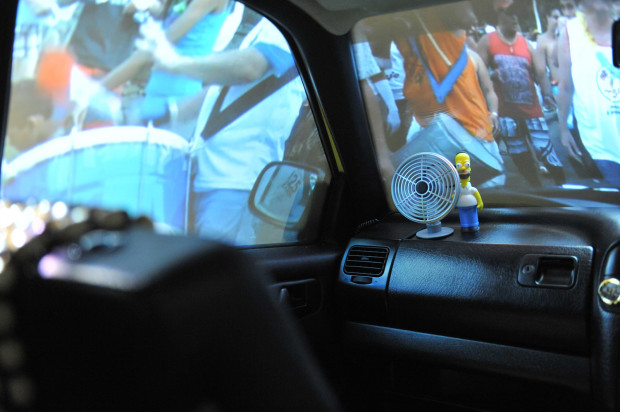 Over in Manchester, Cornerhouse presents the first UK solo exhibition of Los Angeles-based artist Stanya Kahn. Kahn’s multidisciplinary practice is underpinned by a veracious sense of humour, whether this is reeling off lame jokes to kids on the street whilst dressed as a phallus in Lookin Good, Feelin’ Good (2012) or in the exploits of a heavily bandaged and enigmatic protagonist in the video work that shares the title of the show, It’s Cool I’m Good (2010). Both videos create a sense of displacement, with their seemingly socially alienated subjects existing within a jarring environment disassociated from reality. A critical component throughout Kahn’s work, also evident in her recent drawings that include sea creatures bluntly remonstrating with each other, is her use of language. In her series of intimate video portraits of three women, including her sister and mother, Kahn shifts her focus into more structured reality but her framing of the dialogue is critical in drawing out re-emerging themes of fragility, humour and resilience. Both exhibitions are individually strong with The Humble Market in particular a complex and ambitious work that continues a positive and experimental trend with recent FACT AND Festival commissions.