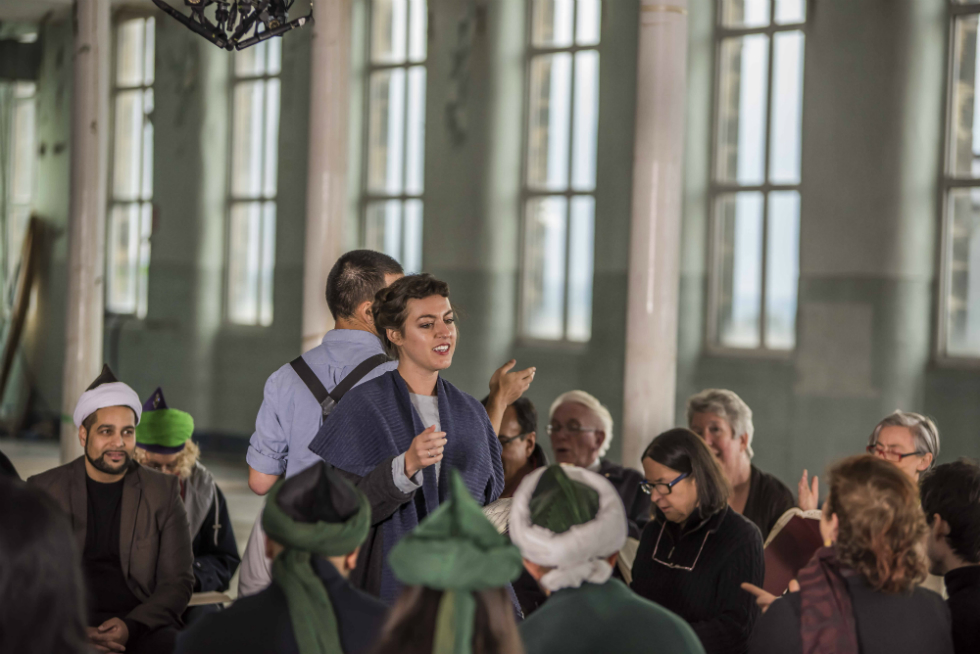 Last year Super Slow Way commissioned me to document Suzanne Lacy’s new work Shapes of Water, Sounds of Hope in Brierfield. I spent three days in the town shadowing the project. Ahead of the premiere of the film The Double Negative has published my transcript:

With American artist Suzanne Lacy’s epic new artwork due to premiere in September at the old Lancastrian mill where it was filmed, Jack Welsh takes us back nearly 12 months to recall its complex production. There to document the process, Welsh met Lacy and the many other people involved — including Sufi chanters and Shape Note singers, and the commissioning organisations who insisted that great art could happen in Pennine Lancashire…

As the train pulls into Brierfield station an imposing brick building dominates the landscape. Standing on the bank of the Leeds & Liverpool Canal, Brierfield Mill is a physical remnant of the once booming cotton industry in Pennine Lancashire; enabled by a heady mix of ideal climatic conditions and canny entrepreneurialism. For over 150 years the mill was the beating social and economic heart of Brierfield. As the textile industry slumped into a slow decline after the First World War, the mill rattled on until 2007 when the mill closed its gates forever.

Read the full text online at The Double Negative.