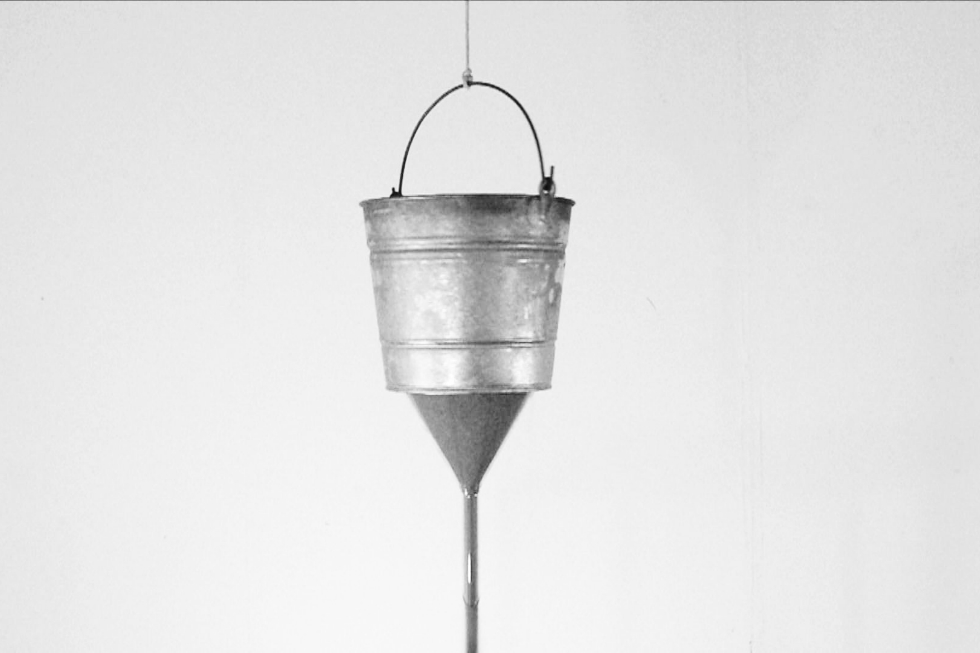 Up and down the land, Fine Art students are preparing their final, graduate exhibitions. But who really stands out across Cheshire, Cumbria, Greater Manchester, Lancashire and Merseyside? Jack Welsh asks the tutors to pick their best and brightest…

It has become a TDN tradition: asking Fine Art tutors, around the April/May period, and from universities across the North-West of England, to select an outstanding student from their respective courses.

The nominated students for Class of 2016 haven’t just successfully resolved final outcomes; they’ve cultivated their own artistic voices over three years. Each has demonstrated a commitment, hunger and desire to forge their own path outside of the safe-haven of university; it’s notable that several are already active, with shows and residencies lined-up this year.

While Degree Shows are a time for celebratory reflection they also act as catalysts, not ends. The tutors acknowledge this in their selections.

So, without further ado, here is our Class of 2016, and in chronological order of degree show date…

“Each has demonstrated a commitment, hunger and desire to forge their own path outside of the safe-haven of university” 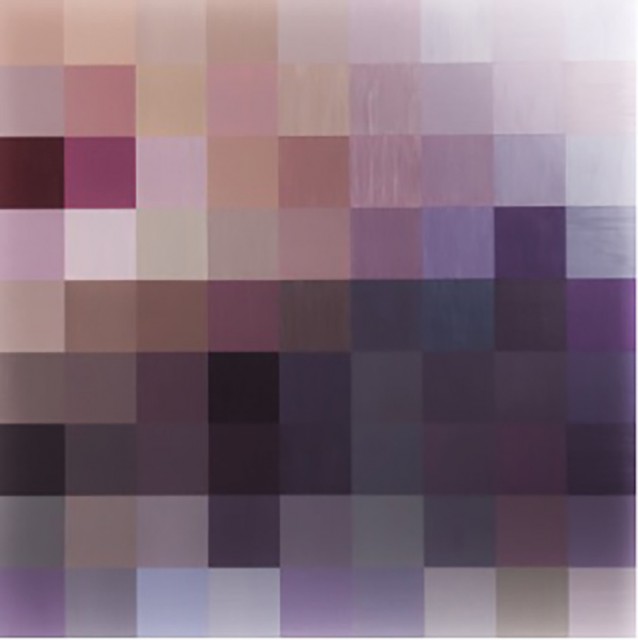 Focusing on her recovery from recent surgery, and a fascination with the temporality and remnants of the healing process, Helena Denholm produces pixelated “colour-scapes”.

Naturally occurring, these colour-scapes are photographically pixelated, before being carefully choreographed into new painterly forms. The status of her paintings as “made” objects is important to the reading of the work and its intended messages. 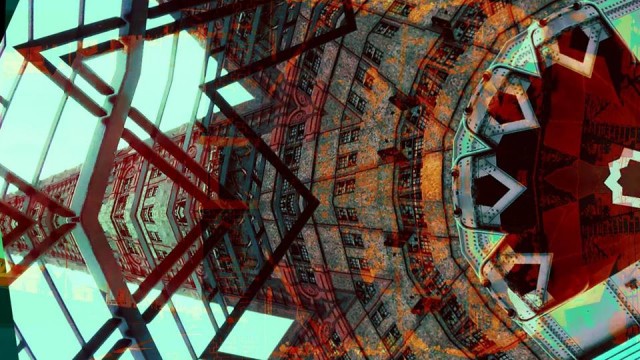 For her degree show work, Stowell will present a video of the planned destruction of a Seaforth residential tower block. By weaving together richly saturated images of the urban landscape, possessing the same juddering aesthetic of Google Maps street view, Stowell proposes a darkly phantasmagorical vision of urban futures. 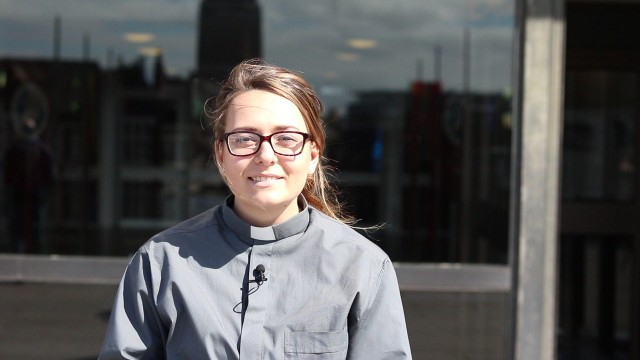 LJMU have departed from a traditional degree show format, instead encouraging students to devise and implement their own curatorial strategies to develop a cohesive exhibition.

With wall displays vetoed, the outcome is derived from two years of students developing an intuitive and complex understanding of each other’s work.

This ethos is seemingly reflected in the work of Amy McSavaney, who has become a minister for the Universal Life Church as part of her degree. Astutely responding to the environmental nuances of the art school atrium, McSavaney’s installed video and leaflets suggest a strong awareness of the wider context of her practice.

“Amy’s work”, Macbeth says, “has a subtle and understated rigor that is essentially political in nature, investigating information systems and communication, institutional critique, feminist debate, and belief, with a lightness of touch and carefully calibrated humour.”

The show will be accompanied by an experimental publication offering an alterative map – and reading – of the entire exhibition.

See the Liverpool School of Art and Design Degree Show at the John Lennon Art and Design Building, Duckinfield Street, Liverpool: on from tonight’s preview, Thursday 26 May (5pm until late) until Friday 10 June 2016 (weekdays 10am-6pm, closed Monday 30 May; weekends 12-6pm)

“In Jackie Owen’s work, a mundane shopping trip to town becomes a tortuous ordeal with the addition of 20kg concrete boots” 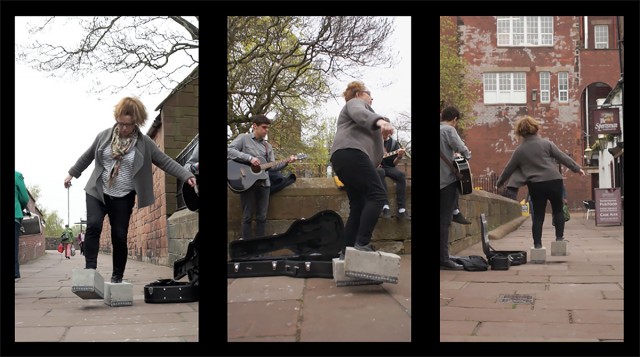 University of Cumbria: Jackie Owen (above)

Jackie Owen uses performance and film to create scenarios that subvert everyday domesticity; a mundane shopping trip to town becomes a tortuous ordeal with the addition of 20kg concrete boots.

While Owen’s films document these arduous journeys, they also reveal how the absurdity of the situation acts as a catalyst for conversations with passers-by; incredibly personal stories of everyday anxiety, physical and mental difficulties emerge through her performance. 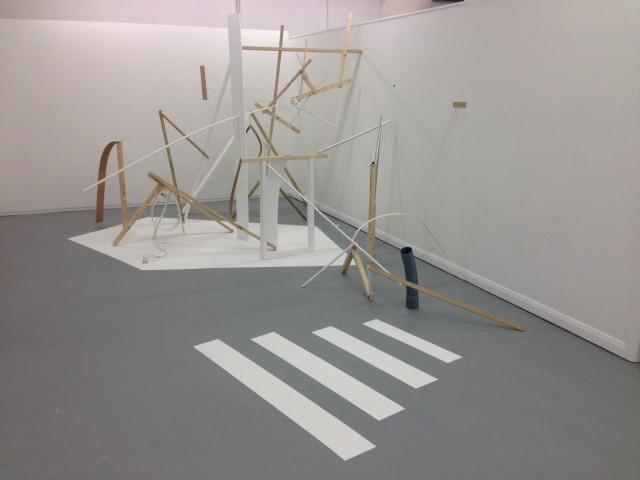 Stephanie Miello experiments with two specific disciplines: sculpture and installation. Often working in response to the existing qualities of the surrounding space, Miello aims to broker a physical connection between viewer and the environment.

Miello thoughtfully employs delicate and ephemeral materials such as light, projection, shadows, string and glue to emphasise the spatial qualities of a single line. Ideas are often explored through the concept of three-dimensional drawing, which develops responsively, without a pre-determined theme.

“Steve Wilson’s bottle of Courvoisier rests seductively on lush purple fabric. Is it the latest advert, or something more sinister?” 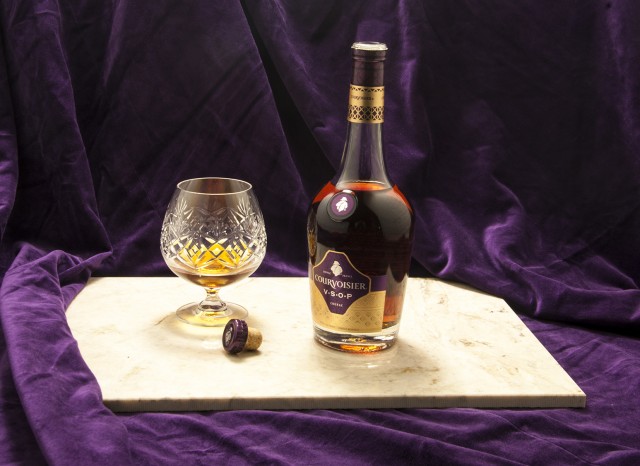 Blackpool and The Fylde College: Steven Wilson (above)

A bottle of Courvoisier rests seductively on lush purple fabric. Is it the latest advert, or something more sinister? Steve Wilson recreates pervasive spectacles that explore themes of power, class and social mobility.

Through a Baudrillardian perspective, Wilson recontextualises iconic images, sounds and brands which encapsulate and embody our relationship with “non-human things”. His works reinforce aspirational ideals, created and consumed through a system of proliferation, seduction and commodity fetishism.

Wilson has previously exhibited at Supercollider and is currently in residency with UNIT Projects, Blackpool, he is also due to take part in Abingdon Street studio’s ‘graduate residency programme’, supported by Blackpool & Fylde College. 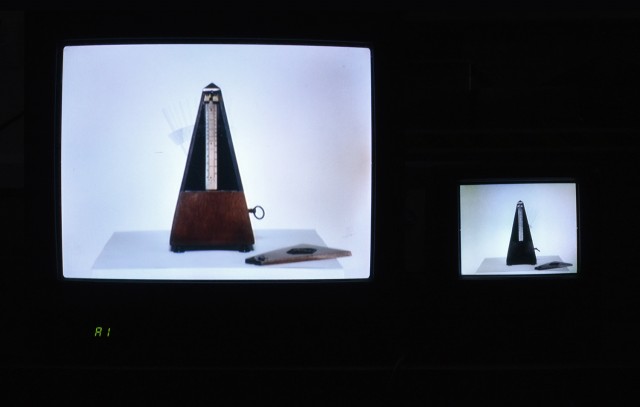 University of Salford: Cecily Shrimpton (above)

A recent dual screen video work depicts a solitary metronome on each screen. The first metronome represents the average heartbeat of a child in the womb; the second is that of a pregnant mother.

“Watching and listening to the two metronomes in syncopation is profound and moving”, says Fletcher. “Shrimpton’s works exhibit an assurance, sophistication and maturity rare at undergraduate level.”

“Acknowledging the Anthropocene, Sam Pickett examines the implications of globalisation” 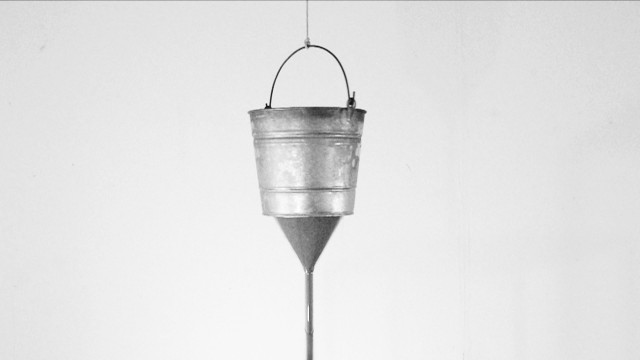 Sam Pickett’s work evolves out of an investigative process and is inspired by the myriad of connections between science, nature and the human condition. Acknowledging the Anthropocene, she examines the implications of globalisation and its fundamental impact on our environment.

Results develop out of an interrogation of ideas, formulas and materials, culminating in a laboratory of invented scenarios that attempt to extract the inevitable associations that exist between the sciences and the psyche. 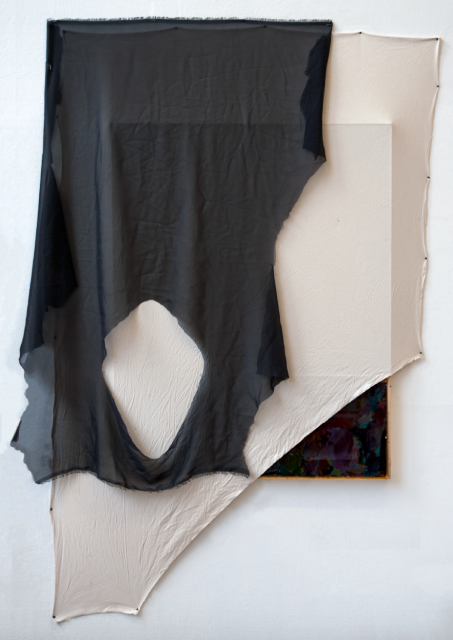 Multi-layered and spatially combative, Anna Glinkina’s expanded paintings are a direct affront to Greenbergian claims of the limitations of painting.

By disregarding the conventional approach of applying paint to a canvas, Glinkina attempts to evoke the language of painting by reducing painting to its principal elements.

With suggestive undercurrents of Russian Modernism, Glinkina activates the neglected space between the canvas surface through sculptural modifications, however the work is anchored by traditional mediums and techniques. 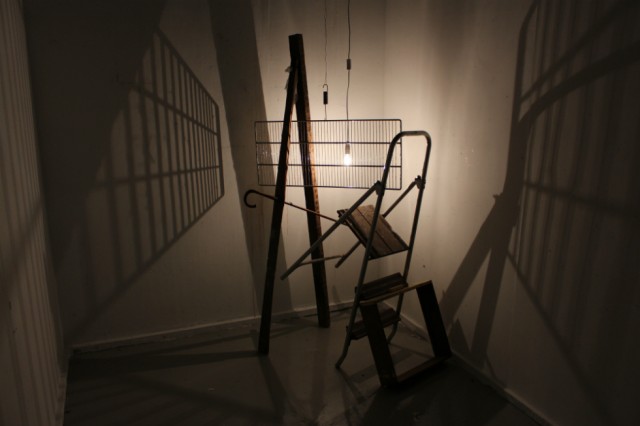 Lindley creates fleeting assemblages, using salvaged, defunct and discarded domestic materials, that are then destroyed and reconfigured in an ongoing process. This empheral dynamic resonates with the fabric and images of domestic shelter yet are infused with restless displacement. 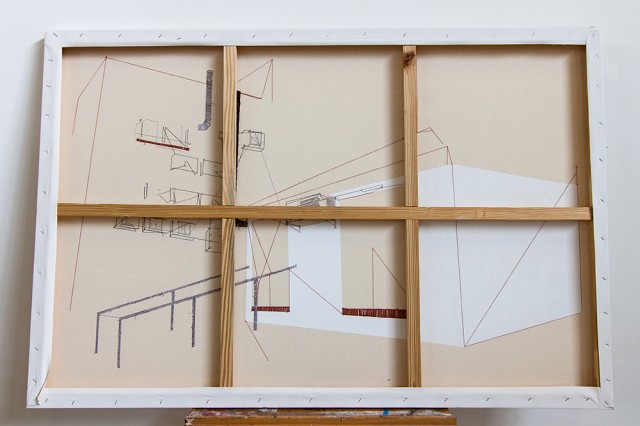 Joe Brassington investigates the variety of marks that can be achieved using thread.

Interested in the delicate and intimate nature of thread, Brassington uses it to draw on canvas. However, it’s the marks that occur unintentionally on the reverse of the canvas that Brassington is more interested in. Generated through a process of chance, their imperfections evoke more curiosity than the original drawing.

Each reverse thread drawing is selective and autonomous, with the final forms strikingly architectural.

This article was origianlly published on The Double Negative.