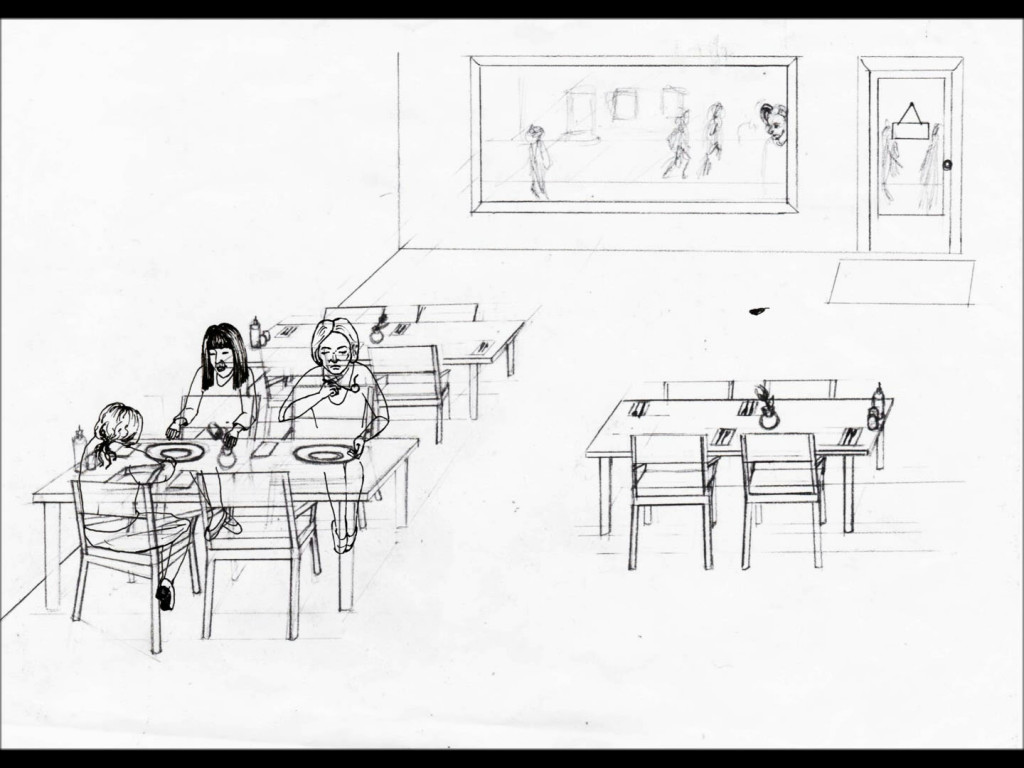 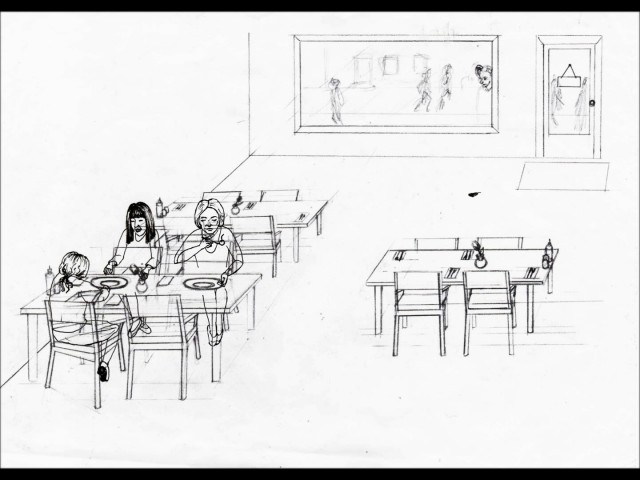 As the degree show season descends, Jack Welsh asks universities across the North-West to nominate their best visual art graduates…

For the majority of students, the degree show marks the end of three years of experimentation, self-discovery and hard work. It represents the most visible step into the real — and often harsh — world of forging a career as a professional artist. Inevitably, some students will present their final artworks before progressing to a career outside of art; others will have already developed a blossoming artistic practice to take forward after graduation.

Degree shows are not only emotive experiences for students, but for tutors too. An intense flurry of deadlines, assessments and private views is underpinned by a genuine desire to see each student use the exhibition to showcase their artistic potential. However, degree shows are not just about the students’ individual progress; they can be indicative of the direction of institutions themselves.

“Degree shows are not just about the students’ individual progress; they can be indicative of the direction of institutions themselves”

As such, institutions aim to nurture young artists who are committed to their practice, and who proactively engage with the regional art scene, with the intention of making a real impact after graduation. The founding of The Royal Standard in 2006 by four LJMU Fine Art graduates, in direct response to a lack of artist-led spaces in the city, is an excellent example of this in practice, as is MMU graduate Joe Orr’s Cactus Gallery.

Ahead of this year’s degree shows, we asked senior lecturers from the leading Fine Art courses in the North-West to nominate two talented artists from their respective upcoming exhibitions…

The surreal narratives presented in Inga Lineviciute’s (above) hand-drawn animated films questions social etiquette in both public and private behaviour. Drawing on her own experience, her animations combine traditional means with surreal imagery. In Horns (2013), a voyeur enviously watches a pair of lovers embracing in a cafe; he rages as their lips nearly touch, interrupting the act by shouting in anger, all while a pair of mountain goat horns sprout from his head. Lineviciute has been selected for 2014 Bloomberg New Contemporaries exhibition in September. 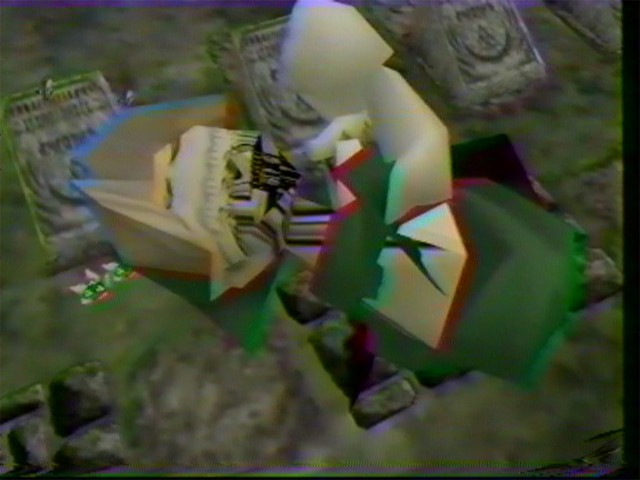 Matthew Lee is a new-media and installation artist whose work has evolved from a life-long passion for new and old technology. His recent work has been exploring tropes and themes within the video and gaming medium, utilising technology to challenge the notion of identity in a digital age. Lee was this year’s recipient of the Tom Buckroyd award at UCLan, a prize that financially supports a highly promising Fine Art student to make new work after graduation. 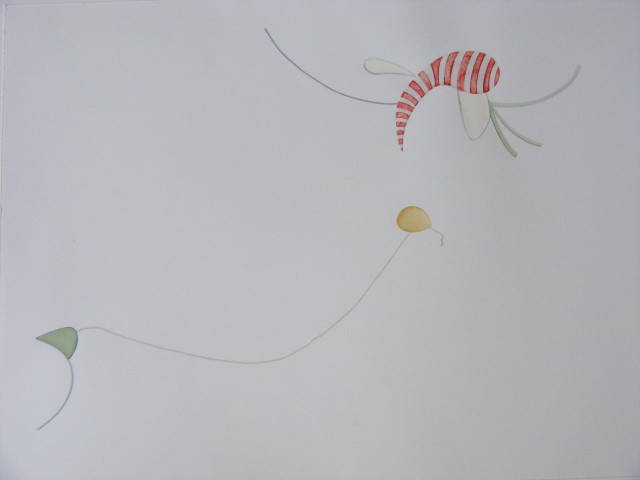 Using drawing as a catalyst, Heather Garner constructs two and three-dimensional artworks that explore biomorphic forms. Her drawings possess a strong sculptural resonance that is executed in considered and spatially aware compositions. Materially concise, her sculptures explore weight, space, balance and form. Although Garner’s artworks exist independently from each other, they remain inextricably linked through transitional processes. 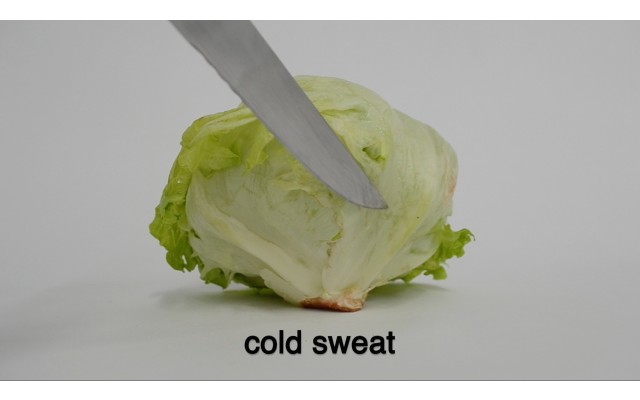 Juxtaposing absurd or humorous imagery within an atmosphere of gratuitous violence, Daniel Mahoney seeks to construct an alternate visual and audio language to challenge clichés around the subject of violence. His video Foley (2013) depicts a lettuce being stalked subtly but menacingly with a sharp kitchen knife. In avoiding literal representations of violence, Mahoney creates unsettling and paradoxical situations that are often multi-layered and visceral. 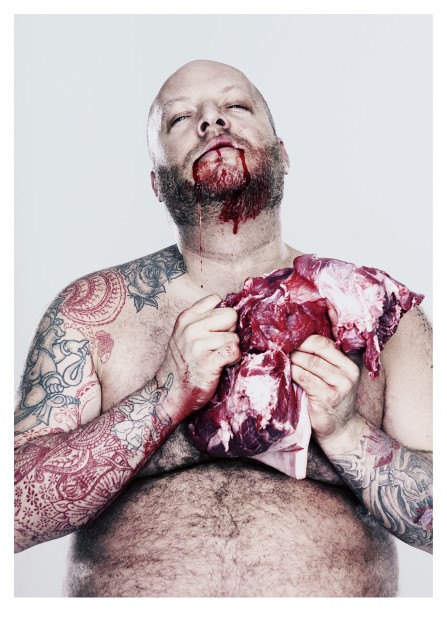 Fusing together sociology, photography and fine art, Viktorija Grigorjevaitecreates often-provocative images that are concerned with current global issues. Through highly orchestrated and strongly aesthetic photographic images, Grigorjevaite aims to convey her own sense of social responsibility through her subject matter. 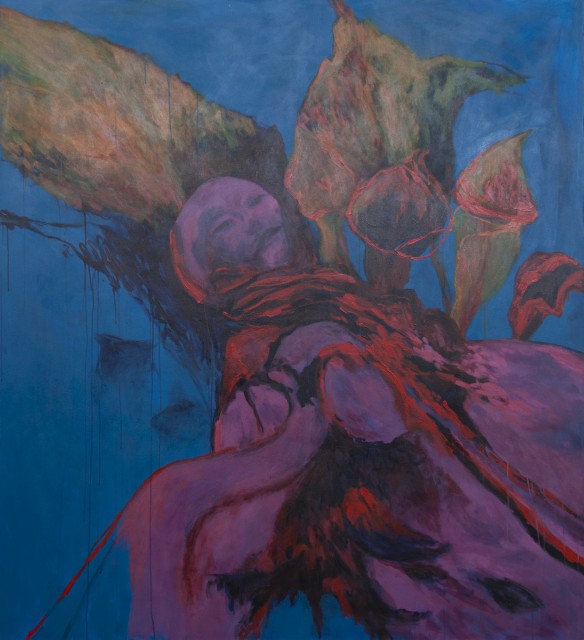 Loren Thompson’s paintings and drawings reflect the political discourse and struggle between identities of Planter or Gael and Protestant or Catholic, in her native Northern Ireland. Inspired by Irish history and fables, Thompson explains how her work rejects familiar narratives and imagery to explore these relationships in a new way: “I aspire to present imagery which illustrates the indistinct, therefore expressing the complexity of our situation.” 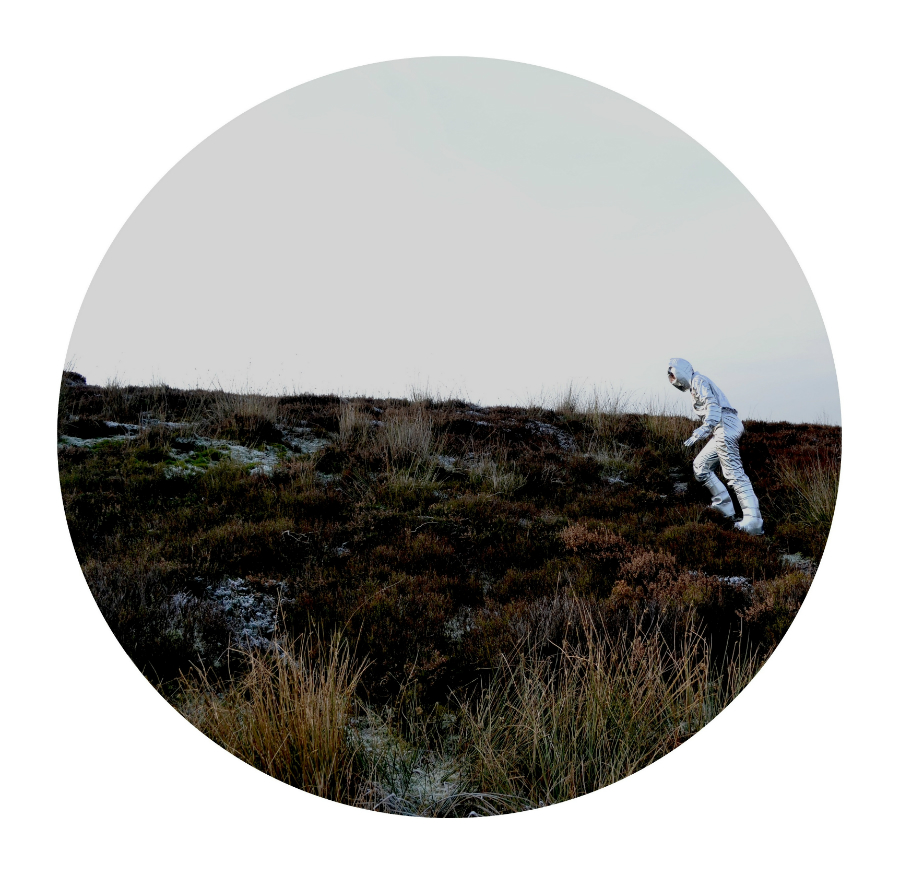 Sarah Coggrave investigates places and their histories by creating fictional characters, performances and stories. She generates archives of images, text and artefacts that offer alternative ways to remember said places. Coggrave recently presented her first solo exhibition, A House in Didsbury, at Didsbury Parsonage in Manchester, and is currently working on a series of live site specific performances inspired by former seaside attractions in Scarborough, North Yorkshire.

Directly responding to her environment, Charma Force creates sculptural works that employ a range of materials such as plaster and embroidery. Force worked collectively with a group of students on a group show at Federation House (Castlefield Art Gallery’s New Art Space in Manchester) and was invited back to exhibit a collaborative work at its official launch exhibition in March alongside Rafael Perez. 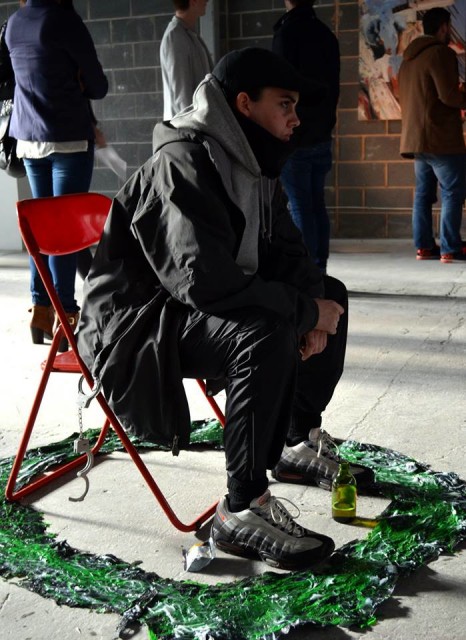 Described as sharp, cocky and challenging, Elizabeth Flanagan-McCormack works in sculpture, photography and performance to examine the impact of social change on specific locations and how this reconfigures identity. Her degree show work focuses on the erosion of close-knit Irish heritage in North Liverpool by an abusive and highly destructive gang culture. Approaching her subject matter from an informed position, Flanagan-McCormack explains her objectives: “I do not choose to memorialise, elate or even create an anti-monument for the culture, merely to depict, understand and perhaps satirise.” Watch out for her performance work during the MMU degree show. 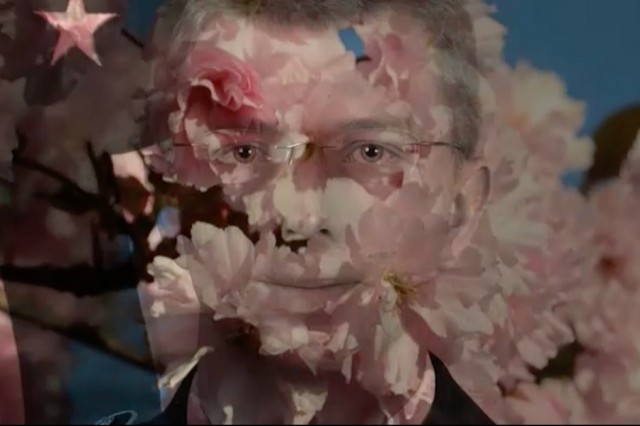 Matt Mullins juxtaposes YouTube videos to create a loose narrative between seemingly unrelated videos and subject matter. His work has looked at the Gezi Park protest in Turkey, the economic position of recent graduates in society and an investigation into the darker side of developments within a capitalistic society. Mullins sees YouTube videos as a material which can be used expressively and as a means to progress conventional narrative; he believes YouTube to be “a new platform through which contemporary society develops & reinterprets classical myths and fables; a falling space shuttle is a contemporary interpretation of the fall of Icarus.”

Join in with the celebrations — catch degree shows across the North-West this summer:

This article was published 23/05/14 on The Double Negative